Lastly I plan on returning my MSI 980 GTX Ti Card for a full refund next week so I can upgrade to the 1080 GTX since I am still within my return period time.

I will post pics later, but here is the video of the final setup.

Special thanks to @FuZion & @Hunter


Overall I am super happy with the cable management, barely can see any cables, plus this case makes things so much easy to build around.
The LED strip that I bought (red) was very bright, so I had to turn them towards the board, but as you can see they are still very bright.

I have mixed feelings about the LED strip because when you have it on you can see the dust particles all over the system/window and that bugs me....but I'll keep leave it alone for now.
I don't plan on doing anymore overclocking for a bit.
The case is super quiet with the water cooled cpu cooler.
My next project is remove the middle hard drive bay since its used only for one HDD drive since I have the ssds attached at the bottom.

This is by far the best built system I've ever made, most of my previous cases had horrible cable management and super loud, with this build I focused on a compact build and of course a build that is super quiet.

Staff member
Moderator
how much will this all cost with the gtx 1080?

Nah, I just have old SSD's
I was considering an M2 but I will pass for now. Standard SSD are plenty good now, I will probably pick up a 500GB Samsung Evo 850.

Staff member
Founder
Holy crap, I was without a PC for 12 days! Its a long ass time to be without a computer holy shit!
Anyways I returned my case to get the Mastercase Maker 5,
I use to have the one in the middle, I was within my return period and got the mastercase maker 5 (the one on the right)
The case is much quieter with the adding foam in the front and top. Also I am not done yet, I had to return my H100i v2 for the 5th time, this last time I just went through the RMA process because the previous 4 all made vibration noises, and constant rattle, so I decided to just do the RMA process instead of keep going back to Best Buy to get a replacement, I think Best Buy may have had a bad batch.

I noticed the one that Corsair directly sent me made liquid noise, which makes me think that it was properly filled vs the ones at Best Buy which didn't seem like they held too much liquid.


Lastly I had to RMA my motherboard because I kept getting a memory error, also the damn motherboard standoff wouldn't come off, took me 2 days to get it removed without damaging the mobo.
I got it off by using a nutdriver and a plier....it was a bitch.

Finally today I received my replacement mobo back from Newegg, installed the Riing 12 Red from Thermaltake and these fans are 100 times better than the shitty default ones that come with the cooler. 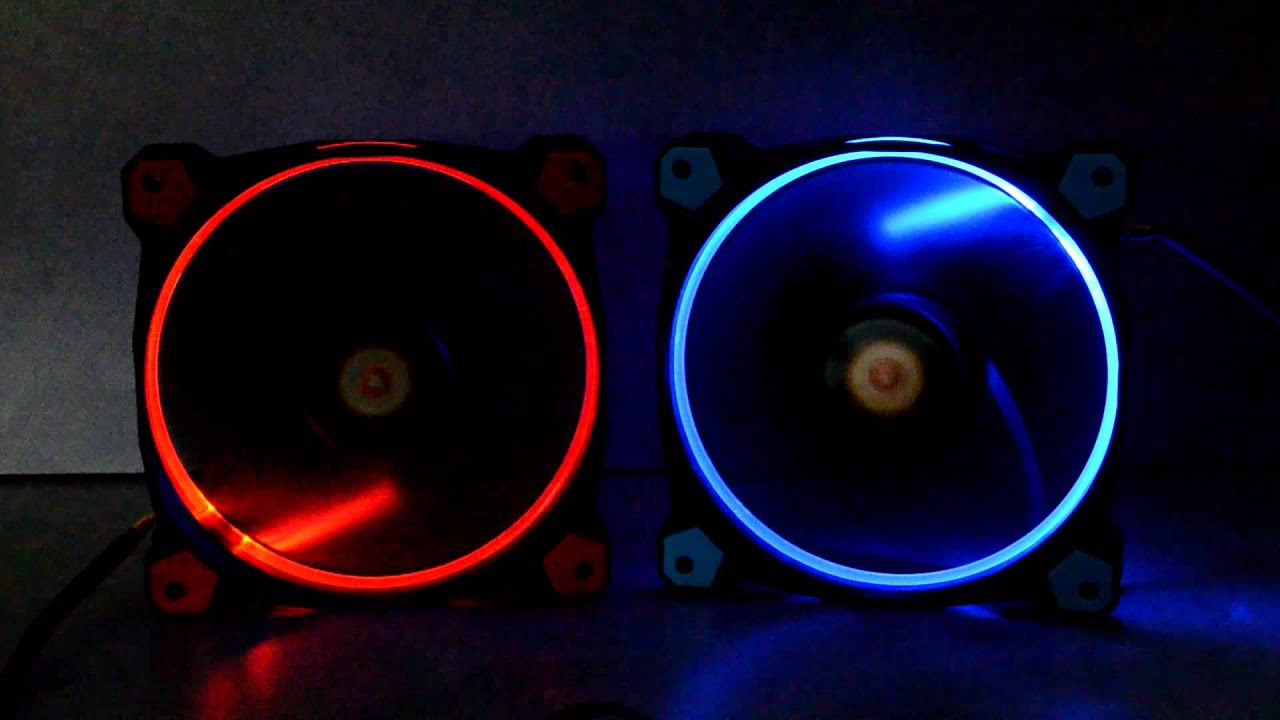 ^ the above is just a sample image.

I set the radiator fans to exhaust to the top instead of intake, mainly because I wanted a good look for it, plus it doesn't make a huge difference.

Then I replaced my gaming HDD with another SSD.
Right now I am running 3 SSD's,
500GB Samsung 850 for the OS/main apps/games
120GB OCZ (ATM not using anything on it)
240GB Crucial Games (Blizzard)


Lastly I need to do more cable management to make this thing look really good, its not bad but I can do better.
I ordered a female molex to sata cable because one less cable attached to my PSU, the cleaner it will look. I hate Molex cables with a passion.
Also its really nice that this case has fan controller in the back so I can control the front two fans in front and the exhaust fan in the back with just a push of a button on the case.

P.S: I returned my MSI 980 gtx ti earlier this month so I could just get the 1080 gtx card since its a nice upgrade.
I might get the ASUS Strix OC card since its cheaper than EVGA's and its the fastest card to date on the market, obviously that can change, but yeah...
I might even go with the MSI Twin Frozr 1080 gtx X Gaming, that card looks sick and it would really match with my build.
Until then I am stock with a 760 GTX...lol

Hunter said:
People are actually getting inline to buy the GTX 1080 for resell at $1K a pop and there were people buying them at that price LOL
Click to expand...

If I could I would have done it too, but yeah, I am waiting to get my hands on this bad boy: